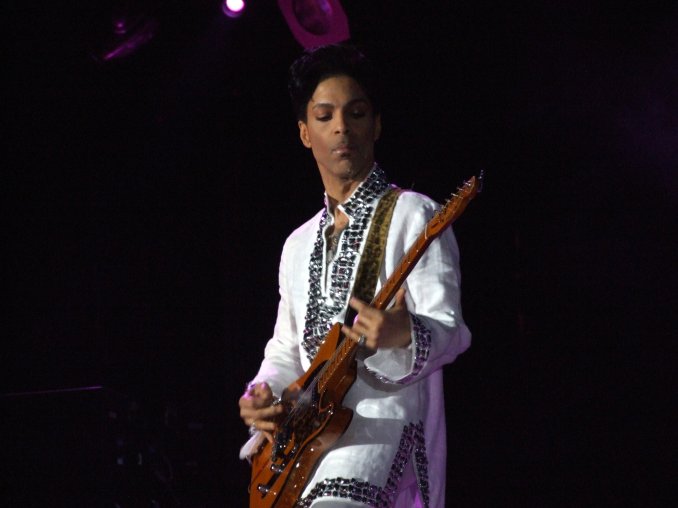 Prince, the songwriter, singer, producer, one-man studio band and consummate showman, died on Thursday at his home, Paisley Park, in Chanhassen, Minn. He was 57.

His publicist, Yvette Noel-Schure, confirmed his death but did not report a cause. In a statement, the Carver County sheriff, Jim Olson, said that deputies responded to an emergency call at 9:43 a.m. “When deputies and medical personnel arrived,” he said, “they found an unresponsive adult male in the elevator. Emergency medical workers attempted to provide lifesaving CPR, but were unable to revive the victim. He was pronounced deceased at 10:07 a.m.”

The sheriff’s office said it would continue to investigate his death.

Last week, responding to news reports that Prince’s plane had made an emergency landing because of a health scare, Ms. Noel-Schure said Prince was “fighting the flu.”

Prince was a man bursting with music — a wildly prolific songwriter, a virtuoso on guitars, keyboards and drums and a master architect of funk, rock, R&B and pop, even as his music defied genres. In a career that lasted from the late 1970s until his solo “Piano & a Microphone” tour this year, he was acclaimed as a sex symbol, a musical prodigy and an artist who shaped his career his way, often battling with accepted music-business practices.

“When I first started out in the music industry, I was most concerned with freedom. Freedom to produce, freedom to play all the instruments on my records, freedom to say anything I wanted to,” he said when he was inducted into the Rock and Roll Hall of Fame in 2004. In a tribute to George Harrison that night, Prince went on to play a guitar solo in “While My Guitar Gently Weeps” that left the room floored.

A seven-time Grammy winner, Prince had Top 10 hits like “Little Red Corvette,” “When Doves Cry,” “Let’s Go Crazy,” “Kiss” and “The Most Beautiful Girl in the World”; albums like “Dirty Mind,” “1999” and “Sign O’ the Times” were full-length statements. His songs also became hits for others, among them “Nothing Compares 2 U” for Sinead O’Connor, “Manic Monday” for the Bangles and “I Feel for You” for Chaka Khan. With the 1984 film and album “Purple Rain,” he told a fictionalized version of his own story: biracial, gifted, spectacularly ambitious. Its music won him an Academy Award, and the album sold more than 13 million copies in the United States alone.

In a statement, President Obama said, “Few artists have influenced the sound and trajectory of popular music more distinctly, or touched quite so many people with their talent.”

He added, “He was a virtuoso instrumentalist, a brilliant bandleader, and an electrifying performer. ‘A strong spirit transcends rules,’ Prince once said — and nobody’s spirit was stronger, bolder, or more creative.” 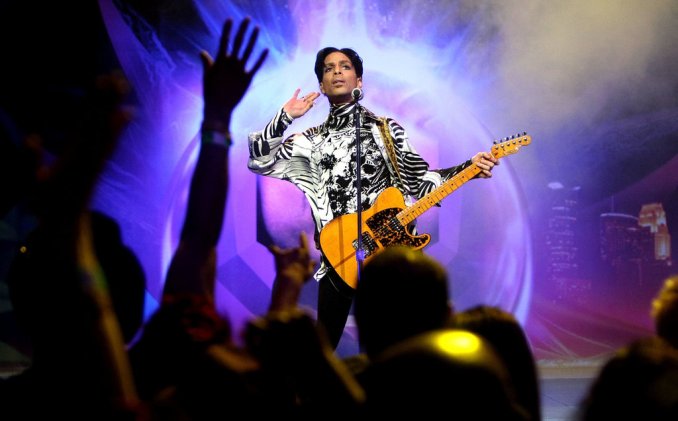 A Unifier of Dualities

Prince recorded the great majority of his music entirely on his own, playing every instrument and singing every vocal line. Many of his albums were simply credited, “Produced, arranged, composed and performed by Prince.” Then, performing those songs onstage, he worked as a bandleader in the polished, athletic, ecstatic tradition of James Brown, at once spontaneous and utterly precise, riveting enough to open a Grammy Awards telecast and play the Super Bowl halftime show. He would often follow a full-tilt arena concert with a late-night club show, pouring out even more music.

On Prince’s biggest hits, he sang passionately, affectionately and playfully about sex and seduction. With deep bedroom eyes and a sly, knowing smile, he was one of pop’s ultimate flirts: a sex symbol devoted to romance and pleasure, not power or machismo. Elsewhere in his catalog were songs that addressed social issues and delved into mysticism and science fiction. He made himself a unifier of dualities — racial, sexual, musical, cultural — teasing at them in songs like “Controversy” and transcending them in his career.

He had plenty of eccentricities: his fondness for the color purple, using “U” for “you” and a drawn eye for “I” long before textspeak, his vigilant policing of his music online, his penchant for releasing troves of music at once, his intensely private persona. Yet for musicians and listeners of multiple generations, he was admired well-nigh universally.

Prince’s music had an immediate and lasting influence: among songwriters concocting come-ons, among producers working on dance grooves, among studio experimenters and stage performers. He sang as a soul belter, a rocker, a bluesy ballad singer and a falsetto crooner. His most immediately recognizable (and widely imitated) instrumental style was a particular kind of pinpoint, staccato funk, defined as much by keyboards as by the rhythm section. But that was just one among the many styles he would draw on and blend, from hard rock to psychedelia to electronic music. His music was a cornucopia of ideas: triumphantly, brilliantly kaleidoscopic.

Prince Rogers Nelson was born in Minneapolis on June 7, 1958, the son of John L. Nelson, a musician whose stage name was Prince Rogers, and Mattie Della Shaw, a jazz singer who had performed with the Prince Rogers Band. They were separated in 1965, and his mother remarried in 1967. Prince spent some time living with each parent and immersed himself in music, teaching himself to play his instruments. “I think you’ll always be able to do what your ear tells you,” he told his high school newspaper, according to the biography “I Would Die 4 U: Why Prince Became an Icon” (2013) by the critic Touré.

Eventually he ran away, living for some time in the basement of a neighbor whose son, André Anderson, would later record as André Cymone. As high school students they formed a band that would also include Morris Day, later the leader of the Time. In classes, Prince also studied the music business.

He recorded with a Minneapolis band, 94 East, and began working on his own solo recordings. He was still a teenager when he was signed to Warner Bros. Records, in a deal that included full creative control. His first album, “For You” (1978), gained only modest attention. But his second, “Prince” (1979), started with “I Wanna Be Your Lover,” a No. 1 R&B hit that reached No. 11 on the pop charts; the album sold more than a million copies, and for the next two decades Prince albums never failed to reach the Top 100. During the 1980s, nearly all were million-sellers that reached the Top 10.

With his third album, the pointedly titled “Dirty Mind,” Prince moved from typical R&B romance to raunchier, more graphic scenarios; he posed on the cover against a backdrop of bedsprings and added more rock guitar to his music. It was a clear signal that he would not let formats or categories confine him. “Controversy,” in 1981, had Prince taunting, “Am I black or white?/Am I straight or gay?” His audience was broadening; the Rolling Stones chose him as an opening act for part of their tour that year.

Prince grew only more prolific. His next album, “1999,” was a double LP; the video for one of its hit singles, “Little Red Corvette,” became one of the first songs by an African-American musician played in heavy rotation on MTV. He was also writing songs with and producing the female group Vanity 6 and the funk band Morris Day and the Time, which would have a prominent role in “Purple Rain.”

Prince played “the Kid,” escaping an abusive family to pursue rock stardom, in “Purple Rain.” Directed by Albert Magnoli on a budget of $7 million, it was Prince’s film debut and his transformation from stardom to superstardom. With No. 1 hits in “Let’s Go Crazy” and “When Doves Cry,” he at one point in 1984 had the No. 1 album, single and film simultaneously.

Prince didn’t try to repeat the blockbuster sound of “Purple Rain,” and for a time he withdrew from performing. He toyed with pastoral, psychedelic elements on “Around the World in a Day” in 1985, which included the hit “Raspberry Beret,” and “Parade” in 1986, which was the soundtrack for a movie he wrote and directed, “Under the Cherry Moon,” that was an awkward flop. He also built his studio complex, Paisley Park, in the mid-1980s for a reported $10 million, and in 1989 his “Batman” soundtrack album sold two million copies.

Friction grew in the 1990s between Prince and his label, Warner Bros., over the size of his output and how much music he was determined to release. “Sign O’ the Times,” a monumental 1987 album that addressed politics and religion as well as romance, was a two-LP set, cut back from a triple.

By the mid-1990s, Prince was in open battle with the label, releasing albums as rapidly as he could to finish his contract; quality suffered and so did sales. He appeared with the word “Slave” written on his face, complaining about the terms of his contract, and in 1993 he changed his stage name to an unpronounceable glyph, only returning to Prince in 1996 after the Warner contract ended. He marked the change with a triple album, independently released on his own NPG label: “Emancipation.”

For the next two decades, Prince put out an avalanche of recordings. Hip-hop’s takeover of R&B meant that he was heard far less often on the radio; his last Top 10 hit was “The Most Beautiful Girl in the World,” in 1994. He experimented early with online sales and distribution of his music, but eventually turned against what he saw as technology companies’ exploitation of the musician; instead, he tried other forms of distribution, like giving his 2007 album “Planet Earth” away with copies of The Daily Mail in Britain. His catalog is not available on the streaming service Spotify, and he took extensive legal measures against users of his music on YouTube and elsewhere.

But Prince could always draw and satisfy a live audience, and concerts easily sustained his later career. He was an indefatigable performer: posing, dancing, taking a turn at every instrument, teasing a crowd and then dazzling it. He defied a downpour to play a triumphal “Purple Rain” at the Super Bowl halftime show in 2007, and he headlined the Coachella festival in 2008 for a reported $5 million. A succession of his bands — the Revolution, the New Power Generation, 3rdEyeGirl — were united by their funky momentum and quick reflexes as Prince made every show seem both thoroughly rehearsed and improvisational.

His survivors include a sister, Tyka Nelson, and several half-siblings. His marriages to Mayte Garcia and Manuela Testolini ended in divorce.

A trove of Prince’s recordings remains unreleased, in an archive he called the Vault. Like much of his offstage career, its contents are a closely guarded secret, but it’s likely that there are masterpieces yet to be heard.