Hours after it was noted that Pro Football Hall of Fame quarterback and current Seattle Seahawks broadcaster Warren Moon was being sued for sexual harassment, the organization granted Moon a leave of absence. 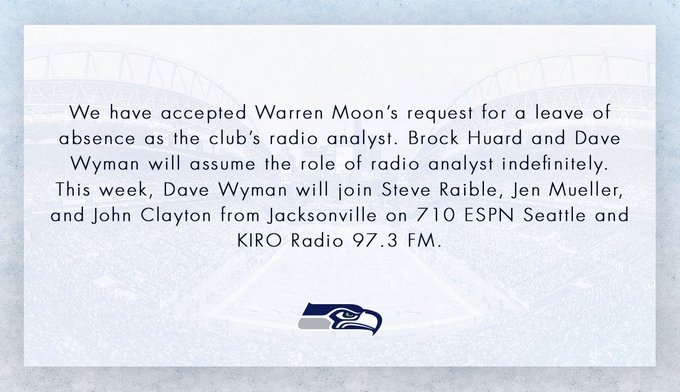 This is likely more procedural than anything else. Based on the allegations against Moon, it’s hard to imagine him being back as the team’s broadcaster any time soon. Sure he’s innocent until found guilty. But in a modern American landscape in which such allegations have become prevalent, those who employ the accused are placed in a difficult spot.

Moon has a history of accusations when it comes to both sexual harassment and domestic violence. That will likely also play a role in Seattle’s decision-making process moving forward.

Having retired from the NFL in 2000, Moon has been a member of the Seahawks’ broadcast team since 2004.

There will obviously be more on this story as it develops.